Microsoft, who bought the Wunderkind software company in 2015, has announced that development of their productivity software, Wunderlist, will cease, and the software will be withdrawn at some point in the next few months. 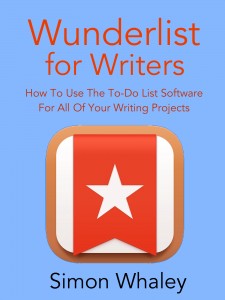 Staff are now focussing on a Microsoft To-Do programme called ‘To-Do’, which is in its infancy, but will be developed further over the coming months.

Although Wunderlist will continue to be available for several months to come, it will eventually be withdrawn, therefore it seems sensible for me to withdraw my book, Wunderlist for Writers, from sale. I wouldn’t want writers buying the book only to find the software is no longer available for users to access in the near future.

Of course, as a dedicated Wunderlist user myself, the search is now on to find a replacement To-Do productivity piece of software, and I have my eyes on a couple of potential products. If I think these may be useful for writers, there may well be a book in it … once I’ve learned how to use the software.

Thanks to everyone who bought the book (or read it via Amazon’s Prime service).