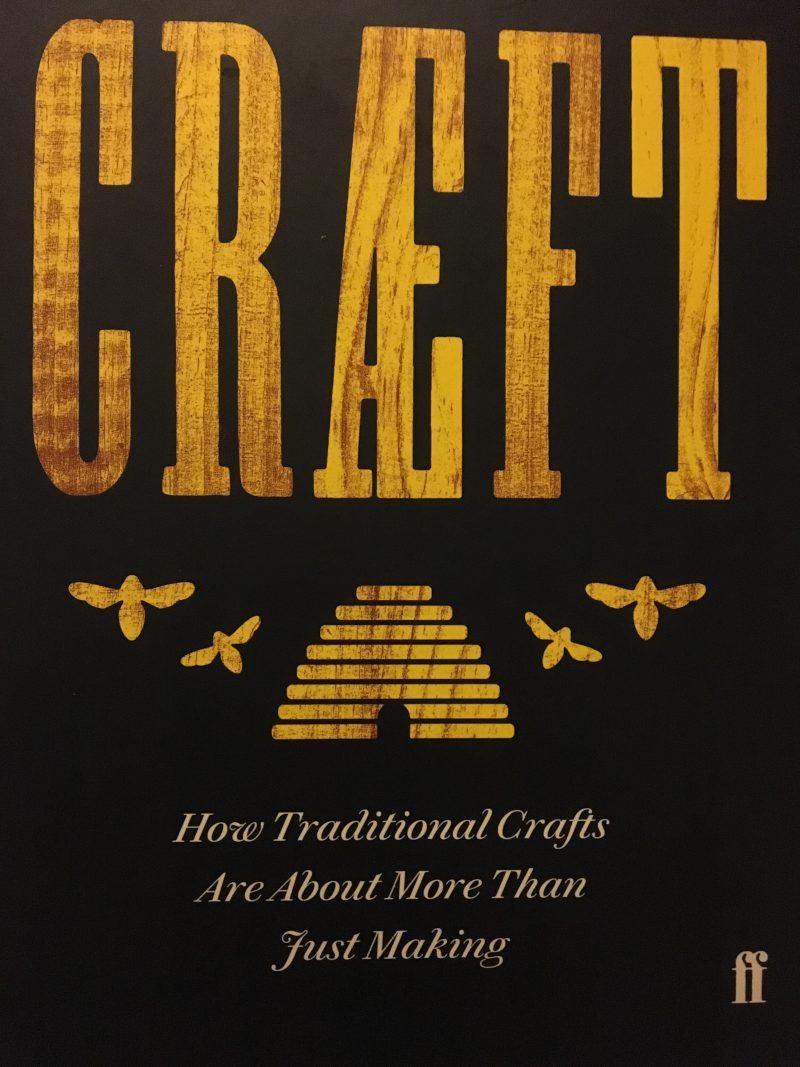 It’s a dangerous game coming to the Welsh Borders to give an author talk. If you don’t believe me, ask archaeologist and historian Dr Alex Langlands, who’s a friend of this area thanks to the popular BBC2 Victorian Farm television series.

Who knew that giving an author talk in the Welsh Borders could lead to blood dripping on the carpet? No, this wasn’t some feudal rivalry between the English and the Welsh, it was actually the result of using a sharp tool on a section of bramble stalk. (I always remember my old woodwork teacher drumming into us “Keep both hands behind the very sharp cutting tool,” but when you’re giving an author talk that isn’t always possible.) 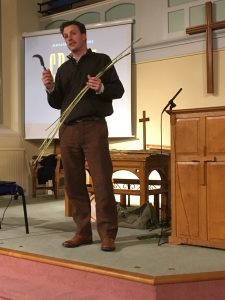 Still, despite the bleeding wound, Alex, as a true professional, continued with his demonstration of how you can strip the thorns from a bramble stalk that you might have cut back in your garden, then split the stalk into four or more pieces, before removing the pith. That leaves the bark which, it turns out, it extremely strong. Better than any modern plastic cable ties. In fact, that’s what Alex referred to them as: medieval cable ties. (Health and safety was clearly an issue in those days too.) 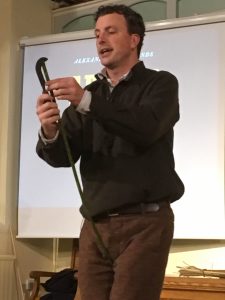 Alex’s talks are always relaxed affairs and, because of the local connections with the filming of Victorian Farm, many of the audience were local farmers. The Question and Answer session soon turned into a swapping of tips and tricks, with how to get various plants out of the ground, and the different ways in which you can adapt existing tools to do so. 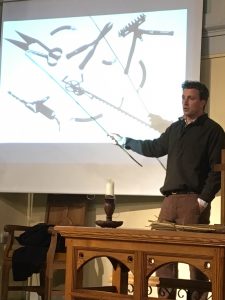 Which all fed well into the essence behind his talk, and his new book: 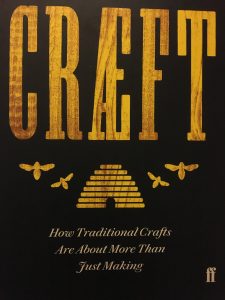 In Alex’s view, craft is where everything behind the process is hand-made/hand-powered. So if you want to claim those cupcakes you made were hand-crafted, then did you hand-plant the crop, hand-cut it, walk it to the miller, hand-grind it into flour and then hand-bake and make your cupcakes? Or did you buy the flour from Sainsburys, whack it and the rest of the mixture into your £500+ mixer, switch the on/off switch and then whack it into your electric oven? 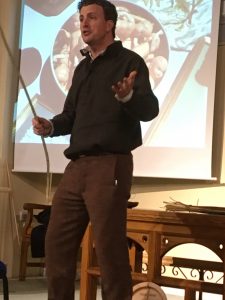 Which made me realise that a lot of things in the Welsh Borders are hand-crafted. After all, with only one bus a week for come communities getting to Sainsburys and back is an logistical nightmare, let alone hoping the power will be on when you get home to run the oven. And neither can you order your groceries online, because that once-a-week bus is quicker than the download speeds some rural properties experience. 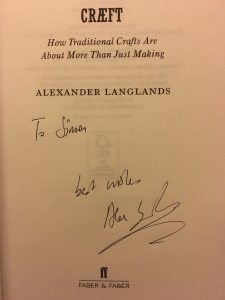 Of course, I bought a copy of his book and asked Alex to sign it … which he did, by hand.