Thousands of photographers descend upon the largest photographic show in Europe, every year. You’d think they’d know what to do by now, wouldn’t you?

It all starts with those Men in Black, patrolling the queues to get in. They’re trained to spot the telltale signs: the beads of sweat appearing on the temples and brow; the nervous twitch of the eyes as you try not to look at them, but you want to look, because you don’t want to appear shifty. Suddenly, they lunge, pulling an unsuspecting photographer from within the inner sanctum of the five-deep queue.

“If you’ve pre-registered, sir, you can come this way.” A guiding hand falls onto the photographer’s elbow as they’re led away, never to be seen again.

There are two types of person who attends the Focus on Imaging Show: the pro and the amateur. The pro registers in advance, receives their badge months beforehand, files it somewhere safe and then can’t locate it on the day. The amateur joins the two-mile-long queue at the door, completing their registration form using a pen borrowed from the pro in front who lost his badge.

The show itself isn’t complete without a free goodie bag full of suitable material for next week’s paper-recycling collection. The big decision is which bag to go for: the sturdy one with rope handles advertising the camera system you don’t use, or the thin plastic one that isn’t big enough to put all of the free competition entry forms in.

Once you’ve gained access to Focus On Imaging, both amateurs and pros split into two further types of attendee: those who block the entrance because they’re awestruck at the size of the show; and those who block the entrance because they’ve just bumped into Pete, who they met at last year’s show and now need to spend an hour with catching up on the great shots they’ve taken during the last 12 months. This annoys the staff manning the stands, who have been here since 6am setting up and are now desperate to fight their way out to buy 16 frothy lattes, four cappuccinos and seven teas from the coffee bar outside the halls.

Once this far in, another decision arises: walk around the stands in a logical manner (up one side, down the next) but face a nervous breakdown when you reach a staggered junction; or be swept down the aisles with the general flow of footfall and spat out three hours later into the section where those who decided to bring their foil-wrapped packed lunch with them, claim their 6in2 patch of floor to sit on?

Then there are the overheard comments when viewing the photos taken by both students and professionals. One says, “Wow, look at the craftsmanship that went into taking that!”, whilst another snorts, “F16 at 1/8sec? Not without Photoshop it wasn’t!” 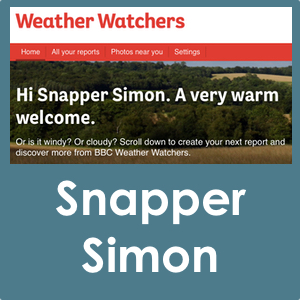