Having met up with friends in Much Wenlock this morning, I decided that on my way home I would stop off somewhere along Wenlock Edge to do my daily walk.

What Wenlock Edge does well is tantalising views. New trees, mainly ash and some silver birch, are thriving, and the good paths along the edge weave their way between them, which means that the vista across west Shropshire is good, but it doesn’t quite work as a photograph (your photo looks more like a view with a barcode in front of it!)

It’s been a few days since I’d uploaded a BBC WeatherWatcher photo, and today’s gloriously sunny weather was tempting me to do something … if only I could find the right shot.

Then, suddenly, the path I was on turned a corner, and there was a brief gap in the trees, with The Wrekin in the distance. Perfect!

Even more perfect, was that at that height there was a really good 4G signal, so I was able to upload my photo to the BBC WeatherWatcher website.

I got home just after 1pm, made some lunch, sat down and switched on the BBC’s One o’clock news at the point where the newsreader hands over to the weather presenter, and across the studio I could see what looked like a familiar picture. And then, up it popped: my Snapper Simon tag!

Modern technology really amazes me at times. 45 minutes earlier I’d been on Wenlock Edge, taking that photo on my smartphone, and then here I was, less than an hour later, with it being broadcast across the nation. 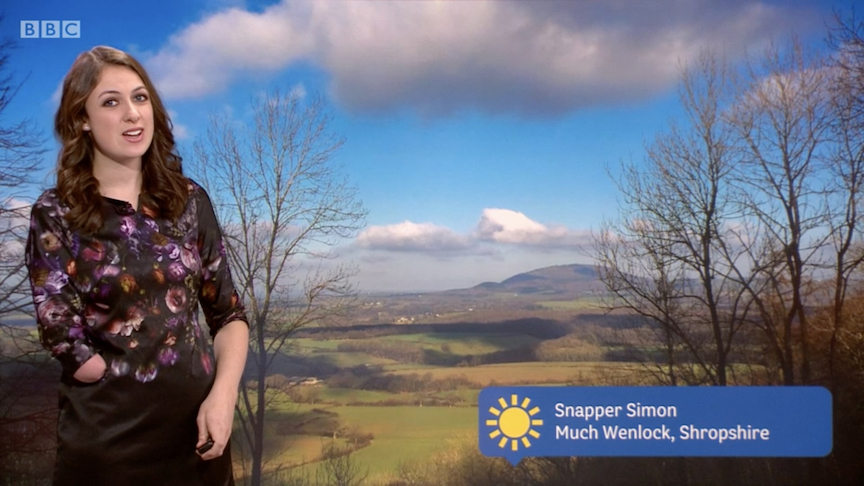 But that wasn’t it for the day, as far as this particular photo was concerned. It was also selected by the Midland’s Today regional weather forecast later on in the evening! (Interesting to note that the weather symbol had changed.) 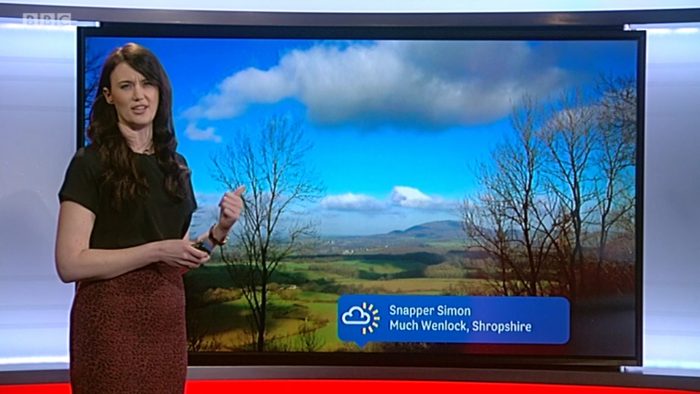