Simon Whaley is a bestselling author, writer and photographer who lives close to the Welsh Borders in the beautiful county of Shropshire.

Simon Whaley lives in rural Shropshire, having escaped from Greater London in the late 1990s. His first published piece was a word search puzzle, aged 17, and he’s since written over 840 articles in publications as varied as BBC Countryfile, Country Walking, Cheshire Life, SelfBuild & Design, The People’s Friend, The Daily Express, The Observer, Outdoor Photography, Coast, The Simple Things and Writing Magazine.

His first book, One Hundred Ways For A Dog To Train Its Human, was published by Hodder & Stoughton in September 2003, with an initial print run of 10,000 copies. By the end of December 2003, over 100,000 copies had been sold to bookshops, and the book spent three weeks on the UK’s Top Ten Non-Fiction paperback bestseller lists. (Lifetime sales now exceed over a quarter of a million copies.) He became a full-time writer in January 2004. He’s since written over a dozen non-fiction books, and recently published the second novel in his Marquess of Mortiforde cosy crime series.

Simon has worked for a variety of organisations including a high street bank in southwest London, a government development agency, and a local authority somewhere on the Welsh Borders. When not writing, he enjoys walking and photography. When he’s not writing, he’s out taking photographs, particularly around his home patch of Shropshire, on the Welsh Borders. He also a BBC WeatherWatcher submitting photos on a frequent basis, which have been broadcast on both regional and national weather forecasts, under the name of Snapper Simon.

The following images (@ 300dpi) can be downloaded from this online storage folder.

Please credit both images as: Copyright © Simon Whaley. (Yes, he took the images himself, because he knows where to find the self-timer option on his camera.) 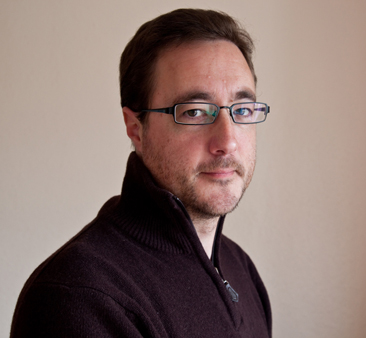 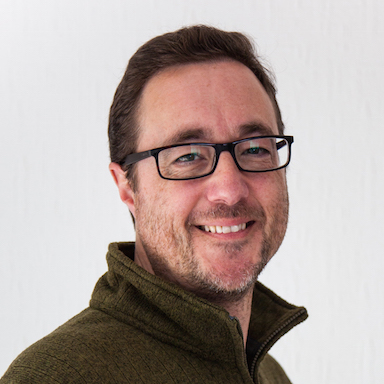 Click here for access to an online storage folder containing hi-res copies of all of Simon’s book front covers.

I think all dogs are great. Each breed has their own personality. Unfortunately, I don’t have a dog at the moment, although the topic of conversation keeps cropping up! My current lifestyle means it’s not really practical to have a dog at present. But you’re at home all day writing – that’s perfect for a dog, I hear you say. Actually, I’m not. As you can see from my website for writers, I also run/facilitate residential courses for writers, which takes me across the country, and I also get involved with press trips for some travel features I write, which can mean going away at short notice. Sorting out who to look after the dog in those situations isn’t always straightforward.

As a family, we’ve had golden retrievers, because of their great nature, and One Hundred Ways For A Dog To Train Its Human was inspired by Bella, our last golden retriever, who reached the ripe old age of 16 ½ – which is quite an achievement for a retriever! Must have been the Shropshire air 😉

2. You clearly love Shropshire. Why?

Gosh, where to start? Well, first, it has some amazing scenery – something I hope some of my photographs do a little justice to. It’s also one of the most unspoilt counties in the UK. When I climb my local hill, walk the ridge and stand at its southern end, and gaze across the South Shropshire hills, there is very little evidence of mankind’s concreting efforts. There is no sprawling conurbations to see, no extensive network of electricity pylons marching across the landscape, no huge factories, power stations or motorways desecrating the beauty. All you can see are the Blue Remembered Hills that the poet AE Housman refers to in his poem A Shropshire Lad.

There’s a wonderful sense of community here too. It always amazes me how down in London I struggled to find a writers’ group that was convenient for me to go to. But here in Shropshire there are loads! I regularly attend two groups and have given talks and workshops at many more. And that’s just in this county!

Being in the Welsh Borders means that Wales is my back garden. There are some stunning beaches to visit, and although they may be nearly 2 hours away, it’s still a beautiful journey. One of my favourite beaches is Aberdovey. And one writers’ group I go to regularly holds an annual retreat in Wales for a weekend, which always inspires a new writing project.

All of this stunning scenery is perfect for inspiration, whether it’s writing or photography.

3. For how long have you been taking photographs?

Oh, ever since I could hold a camera steady! Actually, my first camera was an Olympus Trip, which I had when I was at junior school, so that’s probably the age of nine or ten. I’ve gone through a few more different camera bodies over the years: a Nikon FG20, and then various digital SLRs, including a Canon 300D, progressing through the 350D, 400D, 450D and then the Canon 5D Mark II, which served me well for eight years. In 2017, I swapped all of my Canon equipment for a Fuji XT2, and I love it.

4. You sell your photos through the Alamy agency website. How did this come about?

My first photo sales came because of my writing. I’ve always (tried to) offer photos to illustrate my words. I think it’s important that a writer can offer an editor a complete words-and-picture package. After all, the best person to illustrate an article (in particular a travel article) is the writer who’s been there. But I realised I was amassing a substantial personal library, so offering some of these to an agency website seemed the logical step to take. I began selling via Alamy in 2004, after making an initial submission, which passed their quality control, and have been submitting ever since. With stock agencies like Alamy, getting sales is about having good photos, but also about having lots of photos available. The more photos you have available, the greater the chance of someone buying them. Many of my photos have been bought by national newspapers and magazines, including this one which has a photo of me, which I took using my camera’s self-timer!

5. When you signed up to become a BBC WeatherWatcher did you ever imagine you’d see your photos on regional and national television quite so often?

No! Although I shouldn’t be surprised, really, when I think about it. Before I moved to Shropshire, many of my London friends said, when they heard that’s where I was moving to, ‘Ooh, Shropshire – you’ll have a lot of weather up there!’. And they were right, although I’m sure we have as much weather as anyone else, but ours might be a little more varied. And it’s that variety, and our beautiful scenery, that helps to make an interesting WeatherWatcher photo. Look out for Snapper Simon!

6. So what are you working on now?

Lots! It’s what I like about being a writer. I’m always working on a variety of projects, including my Business of Writing column in Writing Magazine, and then there are all the travel features I write for various magazines.

In amongst all of that, I’m also working on a series of novels, which I’m calling my Mortiforde Mysteries. Mortiforde is a fictitious market town, somewhere in the Welsh Borders, where mayhem and, occasionally, murder takes place. But thanks to the determined efforts of my main character, order and community harmony is always restored.

Life here in the Welsh Borders is never boring, and frequently farcical, thanks to the man-made division between England and Wales. I love exploiting and investigating the differences such a border can create.