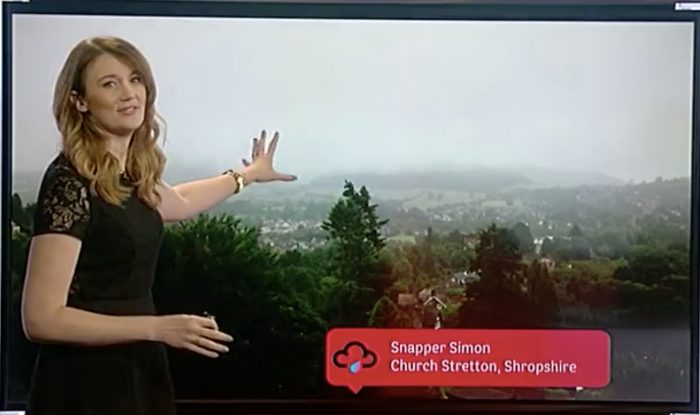 It may say 30th June on the calendar, but it hasn’t felt like June for nearly a week now. And BBC Midland’s Today weather presenter Rebecca Wood commented how in Church Stretton the hills have been obliterated by low cloud!

So if you’ve ever wondered what the weather is like here in the Welsh Borders, then this is a great example of what Flaming June looks like!

It reminds me of the time just before I moved up from London to the Welsh Borders. People (down South) said two things:

Personally, I think we get just as much weather here in the Welsh Borders as anyone else gets in any other place in the UK. But I do think we get a greater variety of weather up here. Which probably explains why I like being a BBC WeatherWatcher!

Still, it just shows that it was worth going out for my walk toady (even though I did get wet) and taking the photo. (And if you turn your sound up, you can even hear Rebecca mention the obliteration!)