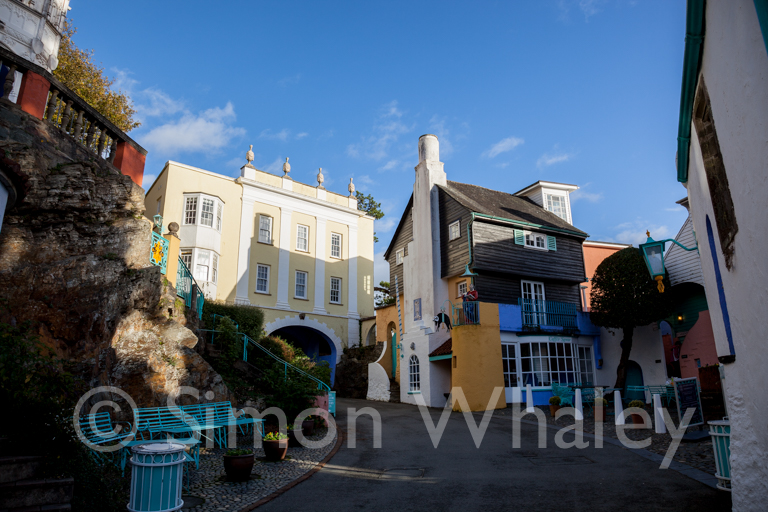 If it wasn’t for COUNTRY LIFE magazine Portmeirion would look a little different today. Ninety years ago, Bertram Clough Williams-Ellis invested less than £5,000 acquiring the land where he would build Portmeirion, but in 1925 it was known as Aber Iâ. He wanted a more romantic name and decided that he could draw upon it’s coastal location, which had the air of a port about it, and use the Welsh name of the county in which is was located (Merioneth): hence Portmeirion. His architectural concept of creating a coastal village had begun, a concept that would take 51 years to evolve. Although he made plans for his village, which appeared in The Architects Journal in 1926, it’s construction was an evolutionary process, for his plans did not include the finds he would make amongst COUNTRY LIFE’s pages in the years ahead.

Clough’s personal motto, Cherish the past, Adorn the present, Construct for the future, illustrates how he was a man who understood the importance of working with nature, making the most of resources and adapting as necessary. Today, he’d be noted as a recycler, or possibly an upcycler, but as John Cornforth wrote in COUNTRY LIFE’s pages on 16th September 1976, ‘someone coined the phrase “Cloughing-up” a building, when it needed to be lifted from dullness.’ Many of his finds from this magazine helped him to Clough-up Portmeirion. 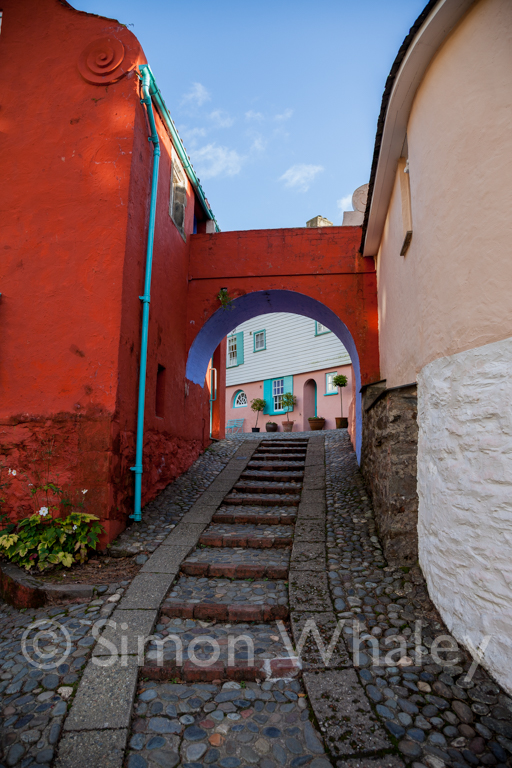 The magazine’s biggest influence can be seen in Portmeirion’s Town Hall, created between 1937 and 1938. Shortly prior to this, Clough had been in talks with two managers of the Cambridge Festival Theatre to develop a miniature opera house on this site. But an announcement in the pages of COUNTRY LIFE of the imminent demolition of Emral Hall in 1936 changed his plans.

Emral Hall had been the Puleston family ancestral home for several centuries until a fire in 1904. This impressive three-storey building dated back to 1600, with additions in 1727, and boasted a 168-feet long moat that was also 37 feet wide. It was particularly noted for its late seventeenth and early eighteenth century elaborately designed plaster ceilings. Over twenty-five years earlier, an issue of COUNTRY LIFE, dated 19th February 1910, carried a ten page feature on the hall’s fine features.

Clough wrote in his book Portmeirion:The Place and Its Meaning how he tried to galvanise the National Trust and the Victoria and Albert Museum into saving it, or its contents, but neither were in a position to help. “So I felt I must instantly do something about it myself,” he wrote. He packed a bag and travelled by train to Flintshire arriving just as the sale was starting.

‘So far as the ballroom section was concerned,’ Clough wrote, ‘the ceiling came up first, and there being next to no bidding for so awkward and speculative a lot, it was knocked down to me for a derisory thirteen pounds.’ With one successful purchase concluded, Clough felt he had no choice but to continue. ‘But then of course I had to buy all the rest of the room at any cost; the old leaded glass in its mullioned windows, its fire grate, its oak cornices and architraves – the lot. And committed that far, it was but prudent to buy a great deal more of the old house wherewith to contrive an apt new building in which to embed my reconstructed ballroom.’ 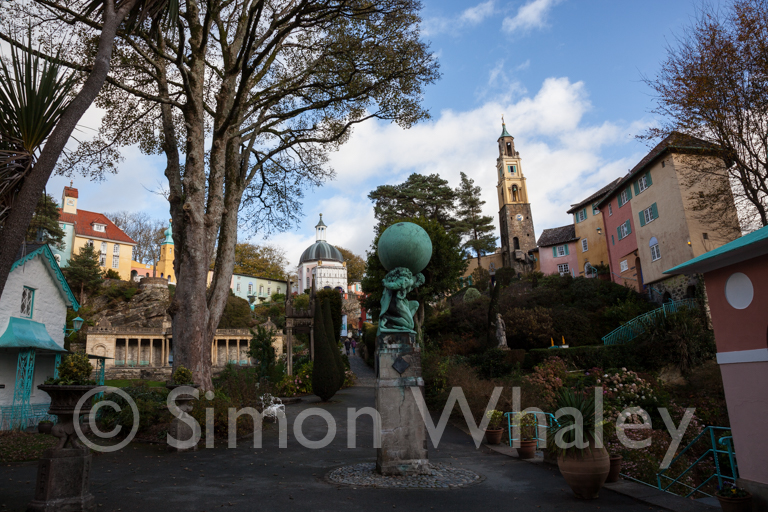 Clough sometimes referred to the Town Hall as Hercules Hall, because on the path leading from the Town Hall across one side of the Piazza towards the Pantheon, there is poised, near Portmeirion’s Band Stand, a statue of Hercules. Created by Scottish sculptor William Brodie in the mid-19th century, Clough knew he had to have it when he saw it in the pages of COUNTRY LIFE. From the photo in the magazine, he drew a copy and successfully used that to track down the statue in 1960, in Aberdeen. With the sale agreed, Clough drove it all the way back from the Scotland’s granite city to Portmeirion on the back of a pick-up.

While COUNTRY LIFE has helped mould Portmeirion into the place it is today, the magazine also enabled Clough to solve a crime. A few steps up the hill from the Town Hall is a property called Neptune. Clough acquired a National Benzole petrol pump, and as part of his typical ‘Cloughing-up’ process he adorned the top of it with a 19th century figurehead. In 1983, this figurehead was stolen, so Clough arranged for a replica to be created from drawing provided by his daughter, Susan.

One can only imagine Clough’s surprise as he flicked through the pages of a 1996 issue of COUNTRY LIFE magazine when he spotted his stolen figurehead. Unfortunately, with some thirteen years having elapsed since the original theft, the police were disinclined to get involved, leaving Clough with an uneasy decision: if he wanted his original figurehead back, he would have to buy it for a second time. This he did, costing him £1,300. Clough also took steps to strengthen the figurehead’s security.

Without doubt, Clough was a man of vision, often seeing things others couldn’t even comprehend. As John Cornforth commented in his 1976 COUNTRY LIFE article Portmeirion Revisited, ‘Who else would place a giant Buddha, left over from a film, under the shade of a pantiled loggia or mount gilded wooden Burmese dancers on Ionic columns at the corner of the Piazza or see a petrol pump as an excuse for an ornament?’ But it could also be argued that Clough’s vision was inspired by the photographs and news items he saw within the pages of COUNTRY LIFE magazine. These pages have certainly influenced the ‘Cloughing up’ of Portmeirion. 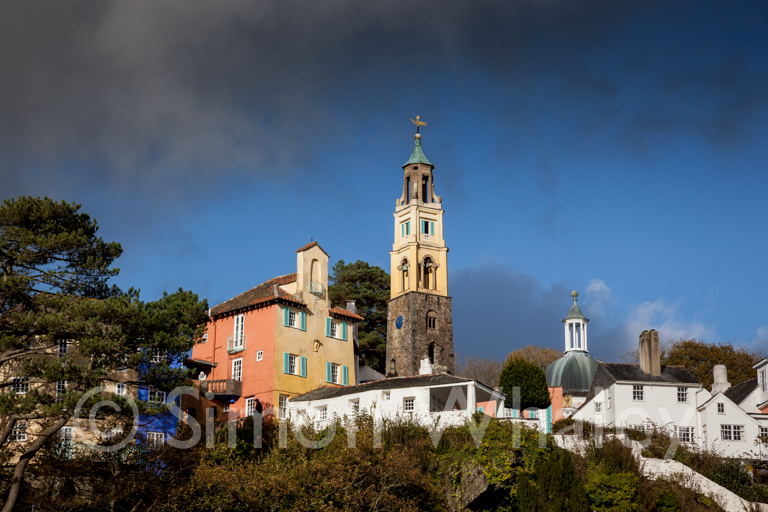