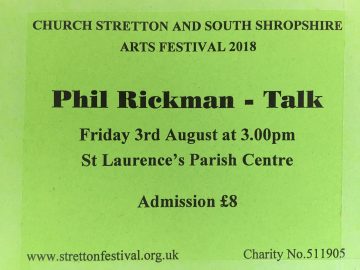 Last Friday, as part of the Church Stretton Arts Festival, I went to a talk by Phil Rickman, author of the Merrily Watkins series of novels.

But Phil’s Merrily Watkins novels don’t quite fit into one genre. Although Merrily is the Diocesan Exorcist for the Diocese of Hereford, and the books clearly draw on the Church of England for their setting, conflicts and its many characters, they’re not religious books.

They are crime books, but there’s also an element of supernatural, or paranormal to them too. But, again, like the Church of England angle, it’s not a major element to the novel. Yet it does make them different.

I’m not one for horror novels – I don’t like being spooked! Yet, although the Merrily Watkins books contain elements of supernatural or the paranormal, they’re dealt with in a believable way. And that was something Phil said during his talk: that even though it is fiction it still needs to be realistic.

Phil used to work for BBC Wales as a journalist and often came across news stories that contained an ‘unexplainable’ element. Such elements never made it to the broadcast version of the story, but he became aware of the number of news stories that had such mysterious elements to them. 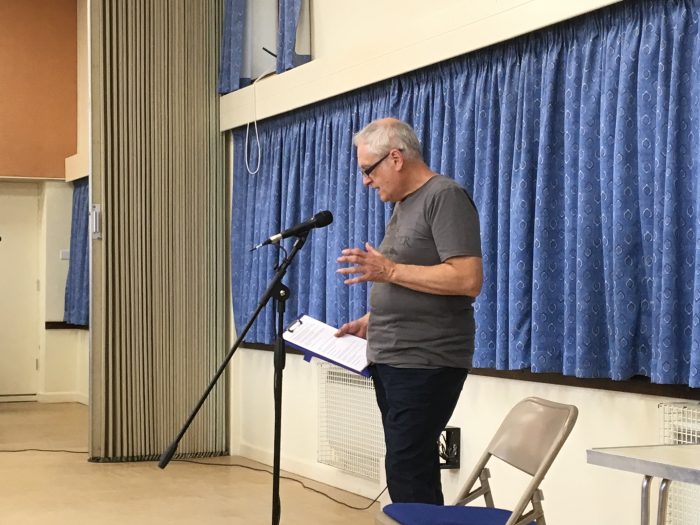 And that’s how he sees his Merrily Watkins novels – as stories that have mysterious or unexplainable elements to them – that he tries to explore.

If you’ve never read a Merrily Watkins novel (or saw the television adaptation of Midwinter of the Spirit, starring Anna Maxwell Martin) I would recommend them. ( You can find the order in which to read them here.)

And they’re a fantastic series for getting to know the Welsh Borders region, particularly the Herefordshire/Powys area (although The Smile of a Ghost is set in Shropshire’s Ludlow). You’ll see how inspirational the Welsh Borders can be for writers.

And as Phil said during his talk; “I’m extremely secular. I’m a atheist. Some of my most faithful readers are atheists. So, if you could spread the word … that just because you don’t go to church, doesn’t mean you won’t like the books. You might like them more.” 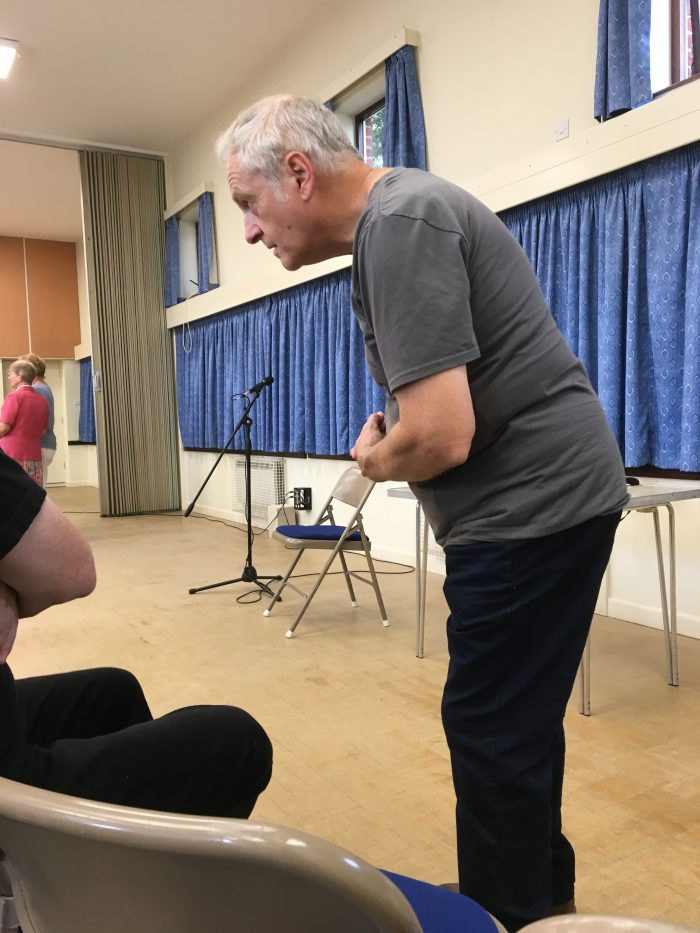