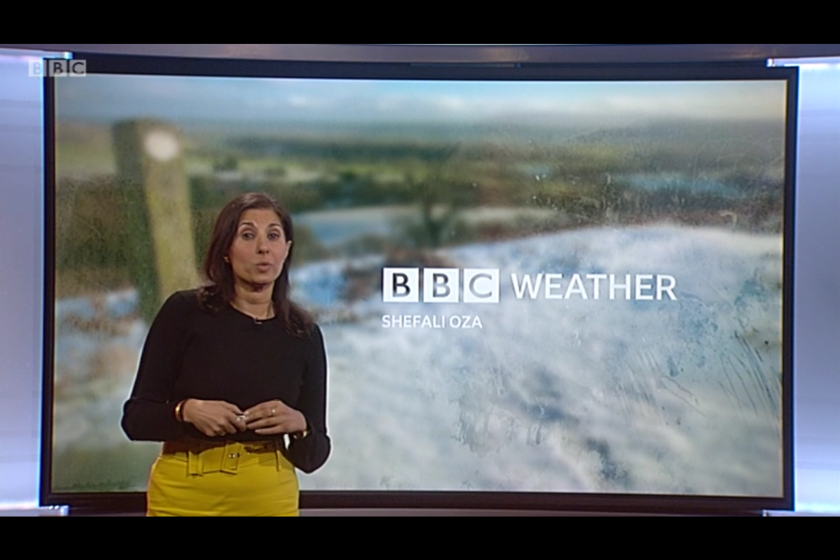 Snow! We didn’t have much, but there was enough in places on top of Ragleth Hill to feel like you’d trudged through it.

It was one of those gorgeous days when the only clouds were the light, wispy ones amidst an ocean of blue – a vast improvement on the dark, depressing, grey, rain-pouring clouds of the past few weeks. And yet, there was only a scattering of snow on the tops of the Shropshire Hills.

I ambled along the entire ridge of Ragleth Hill, to the telegraph pole at the southern end, taking a few snaps along the way, uploading them to my WeatherWatcher account (thanks to the 4G signal on top of the hill!).

But as I made my way back, taking the path that curls around the northern flank of Ragleth Hill, the snow lay thickly along the path, beside the waymarker post. I stopped and took another photo.

There are WeatherWatcher photos you have high hopes for. Sometimes I get a feeling that a photo stands a good chance of being selected, and I thought this waymarker post shot was one of those. There’d not been much snow elsewhere across the Midlands, so it was an unusual weather shot.

But as Sunday evening came and went, it wasn’t used.

So, I was a little surprised to see my photo some 24 hours later, on the regional weather forecast. I spotted it as soon as the camera panned back, offering a wider shot of the newsroom. There, poking out of Shefali’s head, was the waymarker post! She’d chosen it as part of her review of the weather over the weekend.

And it really illustrated how the weather had varied over the previous 24 hours. Sunday morning at 11.27 there was snow on the ground, and yet the following morning, at 9.48, I was uploading a shot of the Long Mynd, with not a snowflake in sight!