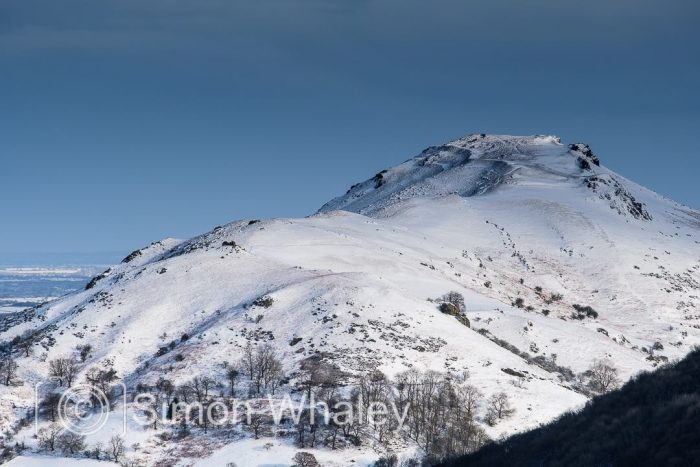 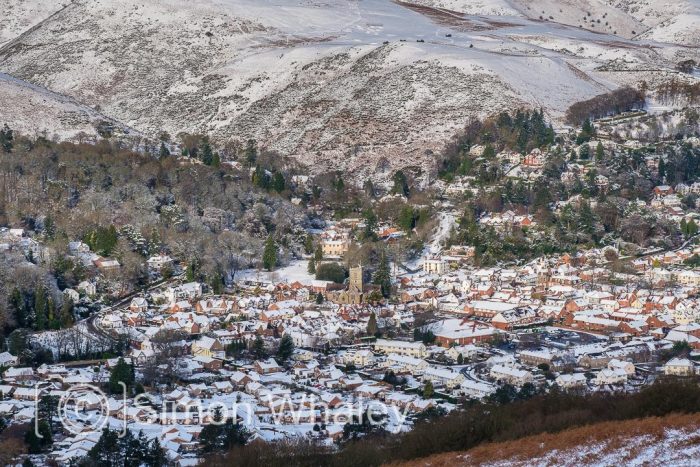 We may not have a white Christmas this year, but we’ve certainly had a white-run-up-to Christmas this year. In fact, the views from the tops of the hills have been wonderful. Indeed, on the day I climbed to the top of my local hill, the snow had been blown into drifts that swamped my knees. I wasn’t so much walking, as trudging and sinking.

But the climb was worth it. 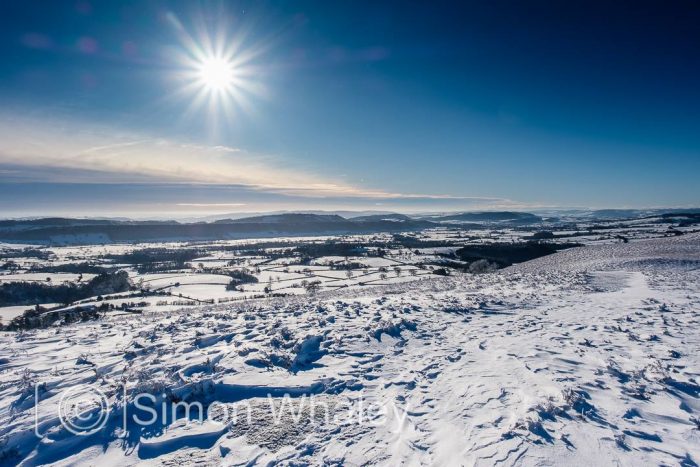 It’s times like this when Church Stretton lives up to its winter tourist cliché: Little Switzerland. 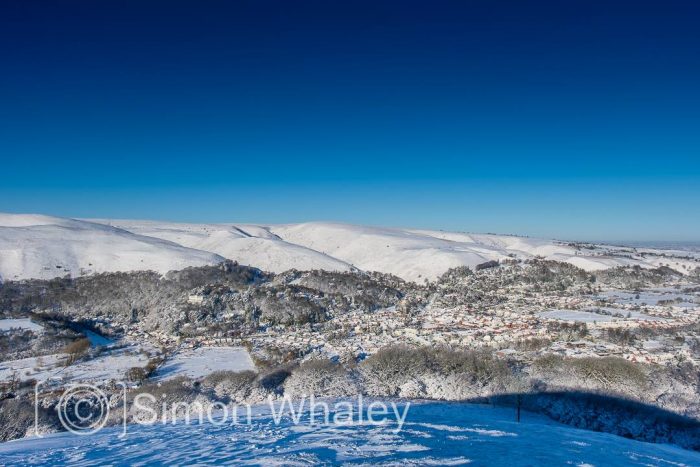 Indeed, the Shropshire-region seemed to be the worst hit in the country, when it came to snow. Bot the national and regional news were broadcasting how the county was coping with a deluge of drifts. 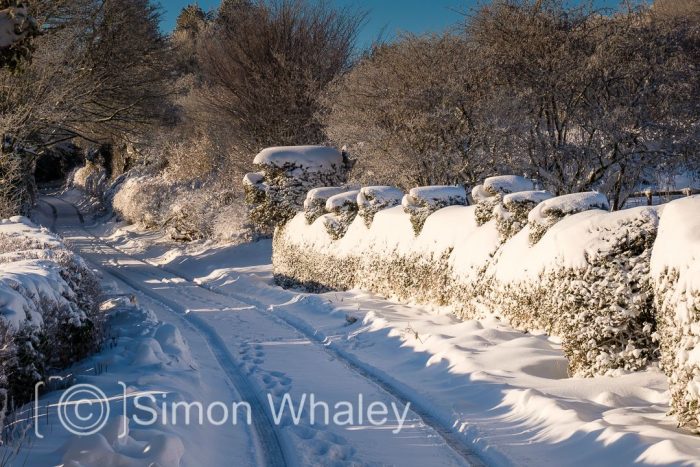 But we tend to cope with it fairly well. The challenge is coping with ever-moving Alps. You see, the art of keeping mobile in your car involves keeping your driveway clear of snow. This clearly means exerting time and energy in clearing the stuff and rediscovering the tarmac underneath. That’s not easy when you’ve several feet of depth to clear. 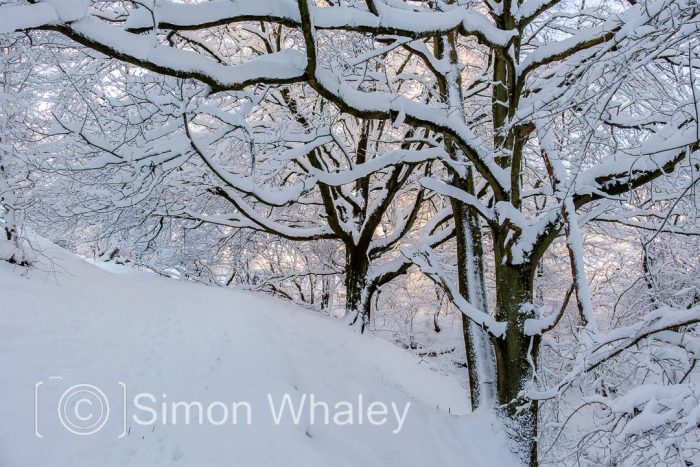 Of course, once you’ve got to the road, the chances are it too is several feet deep. But not to worry, because round here it’s only a matter of hours before a friendly farmer with a snowplough attachment on the front of his tractor comes charging up the hill … forcing those several feet on snow onto the pavements, creating the Alps across the driveway you’ve just spent four hours clearing.

So you’ve got a lovely clear drive, but a mountain-range of snow along the entire pedestrian pavement, blocking your exit to the now-clear road. Still, that’s nothing a few more hours of snow shifting won’t rectify.

If you’ve reached this stage without inducing a heart-attack, then a small celebration is called for – usually a cup of tea. But you can’t rest on your laurels just yet. For the job is not finished.

The Town Council has a nifty little mini-snowplough/gritter. It’s the width of a pedestrian pavement and snowploughs all the snow on the footpath back onto the road, and spews grit out of its rear end in an attempt to keep the pavements safe-ish. But all the snow that was on the pavements, has now been forced back onto the road, which means, once again, the driveway is blocked. Time for more shovelling. 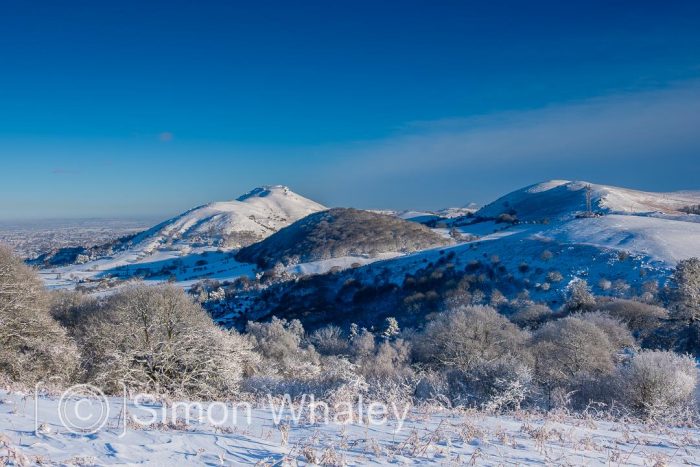 So while Little Switzerland is offered as a term of endearment, when you’ve cleared several mountain ranges of snow from across the driveway, it’s not endearment you’re thinking about. Still, with a bit of blue sky and sunshine, it does always look pretty.

Life on the Welsh Borders is always interesting! 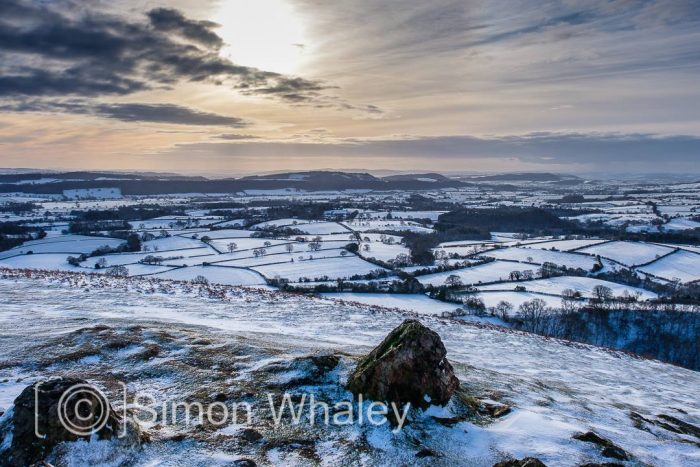