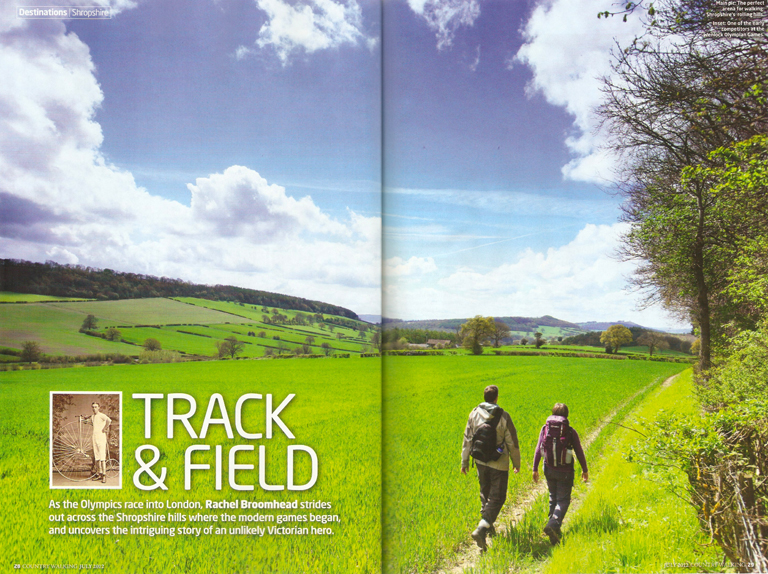 Well, the July 2012 issue of Country Walking has hit the shops and includes the feature by Rachel Broomhead about Wenlock Edge and in which I make several appearances in the photos. Somehow, I didn’t break the photographer’s camera lens! Perhaps I can be a magazine model, after all.

At least it showed what wonderful weather we have in Shropshire! (Well, most of the time!) 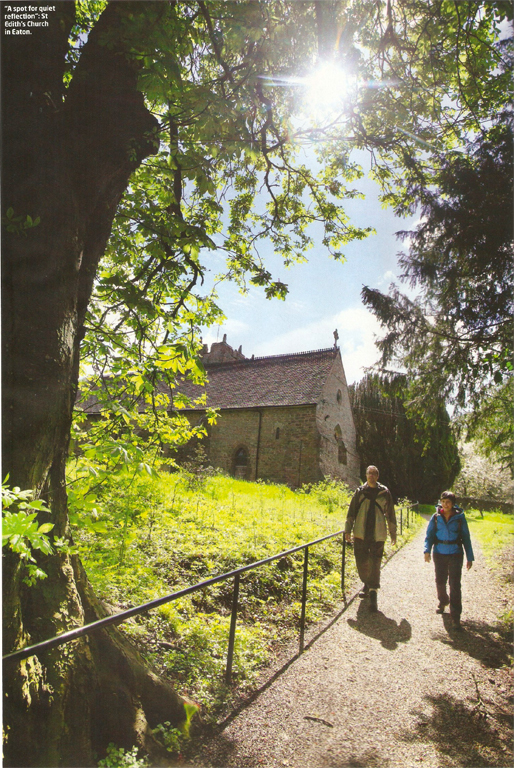 Don’t even ask how many times Rachel and I walked up and down this path! 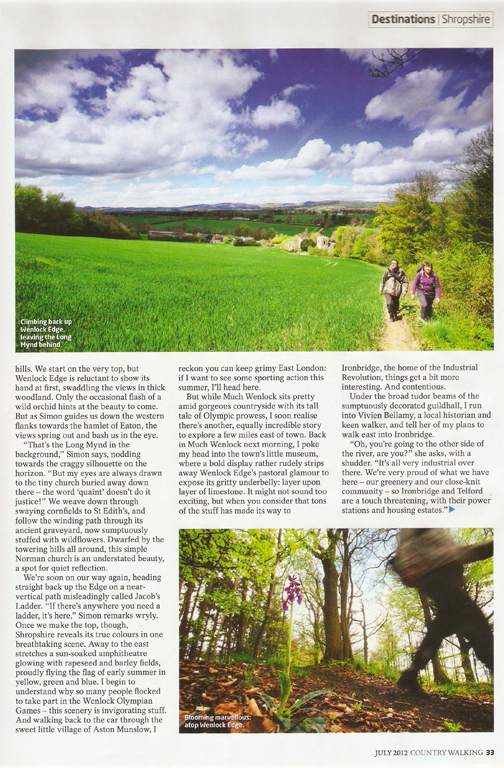 Er … the blurred movement is known in the trade as an action shot!

For more details, get a copy of Country Walking magazine, July 2012. I can recommend the 8.5 mile route at the end of the feature (which for us, ended up nearer to ten by the time the photographer had all the shots he wanted).